http://www.ptg.co.uk/
Rail based holidays full of Culture and Heritage 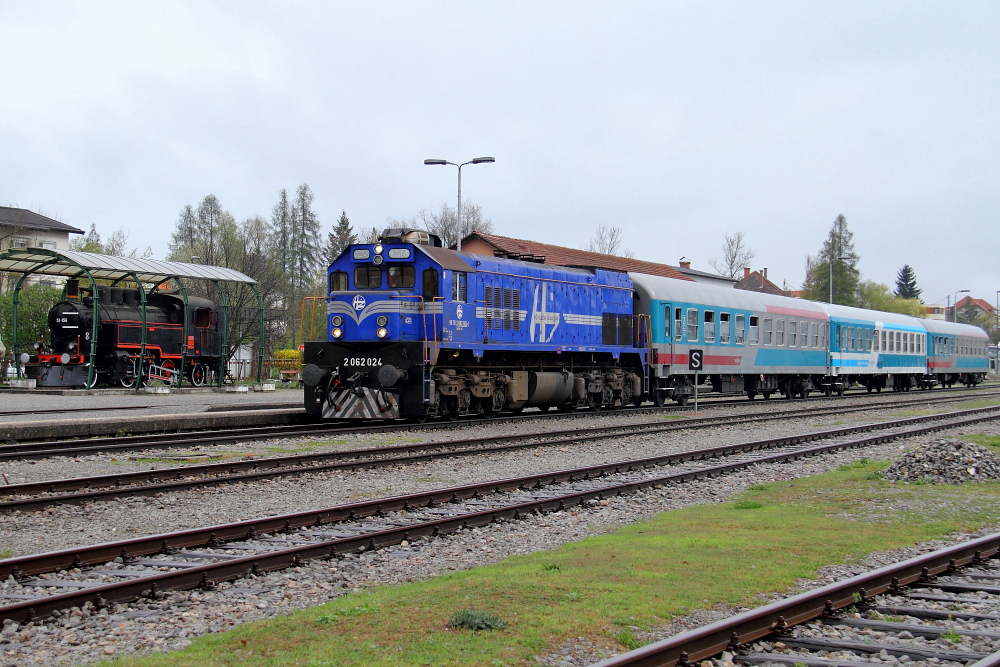 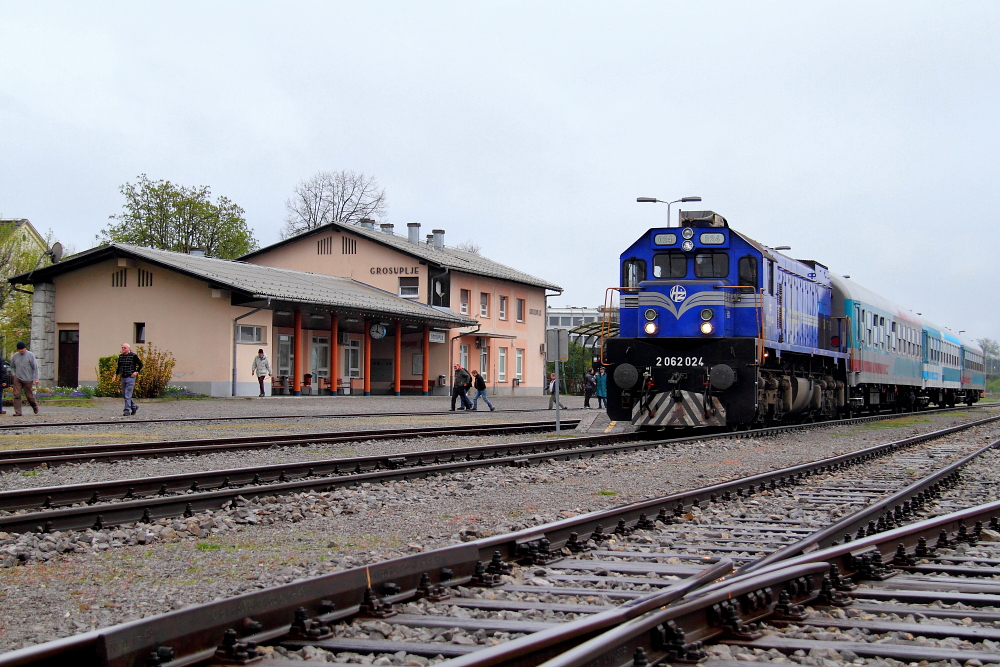 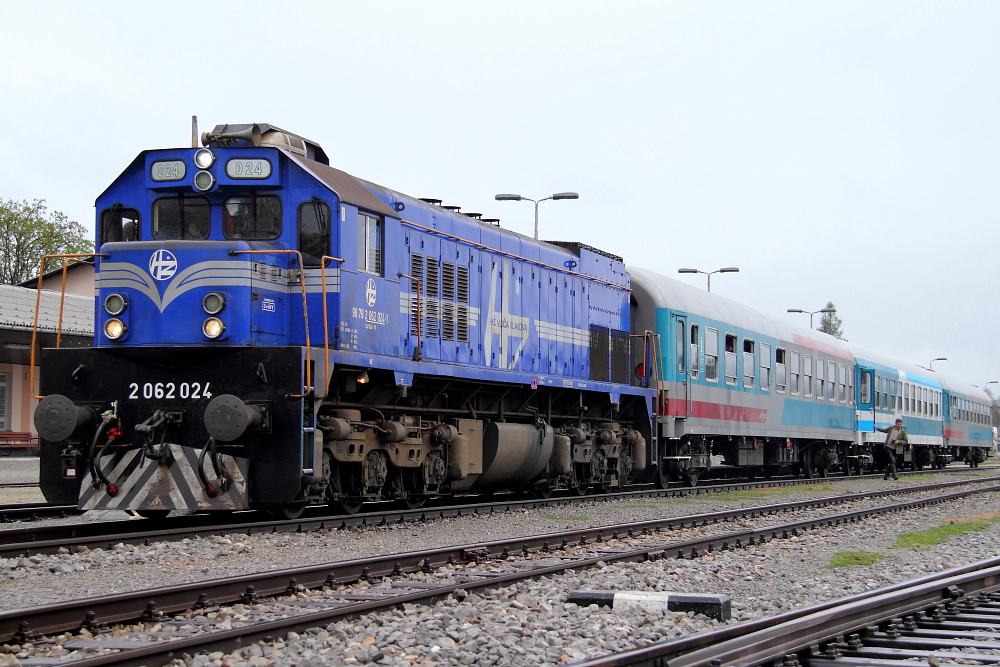 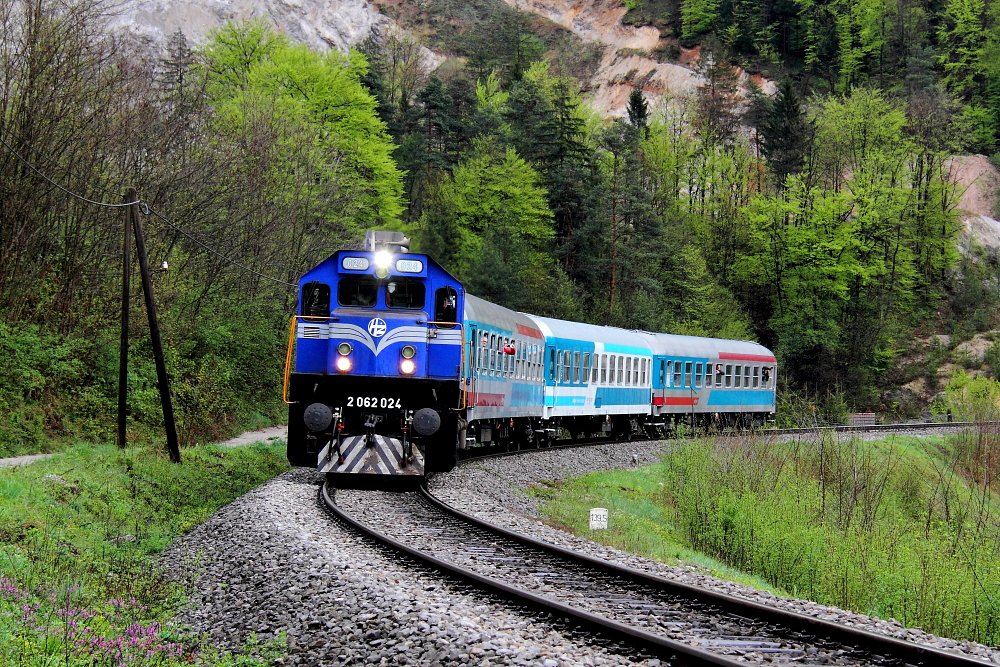 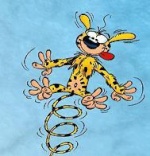 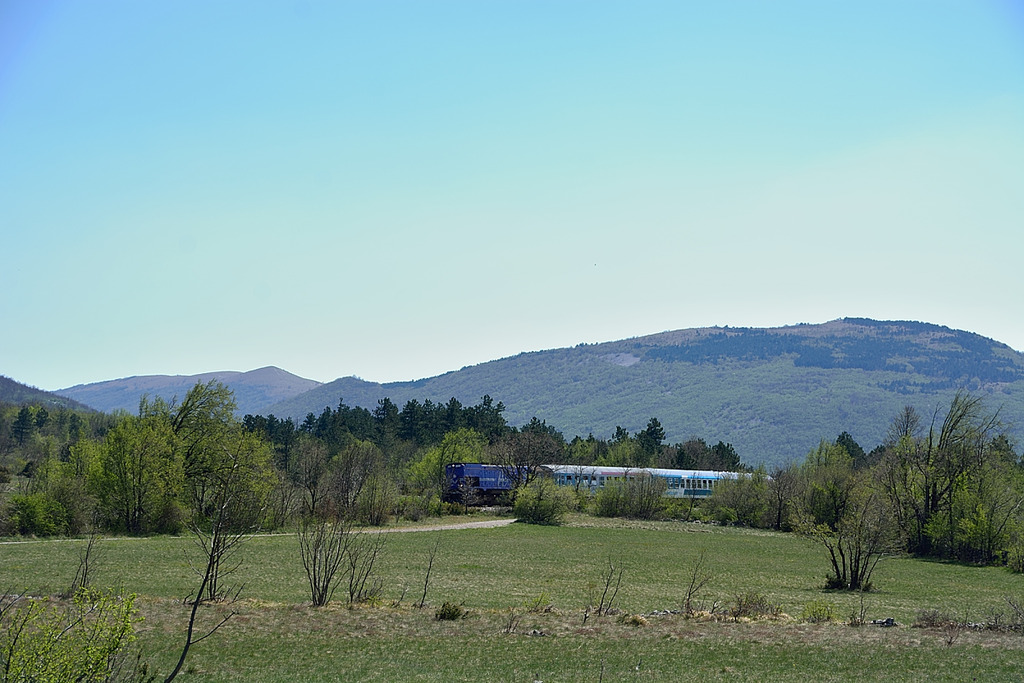 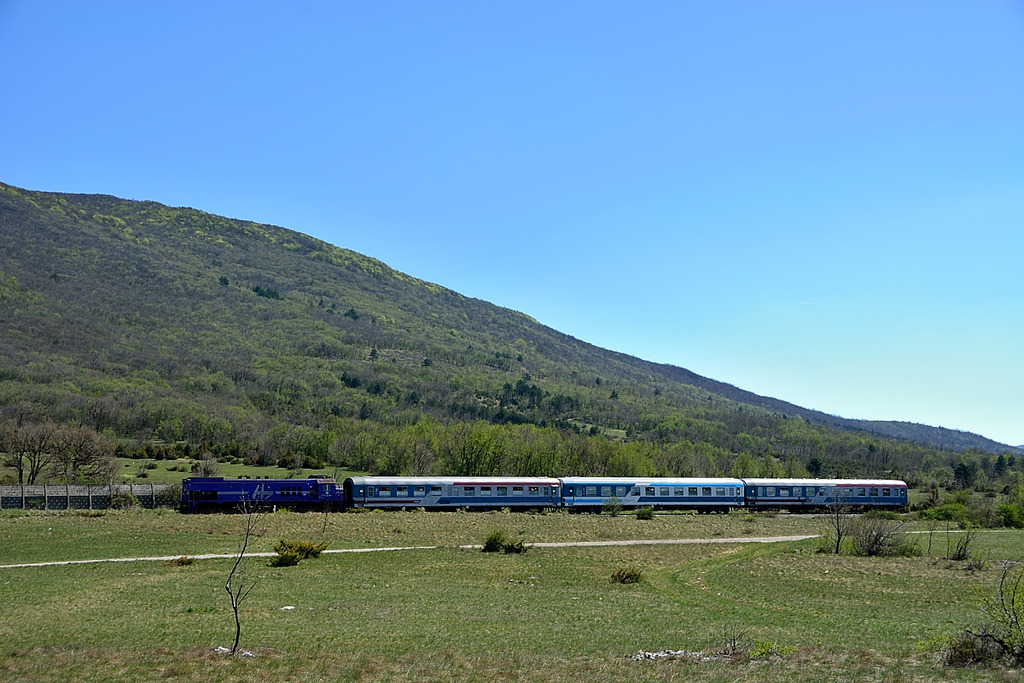 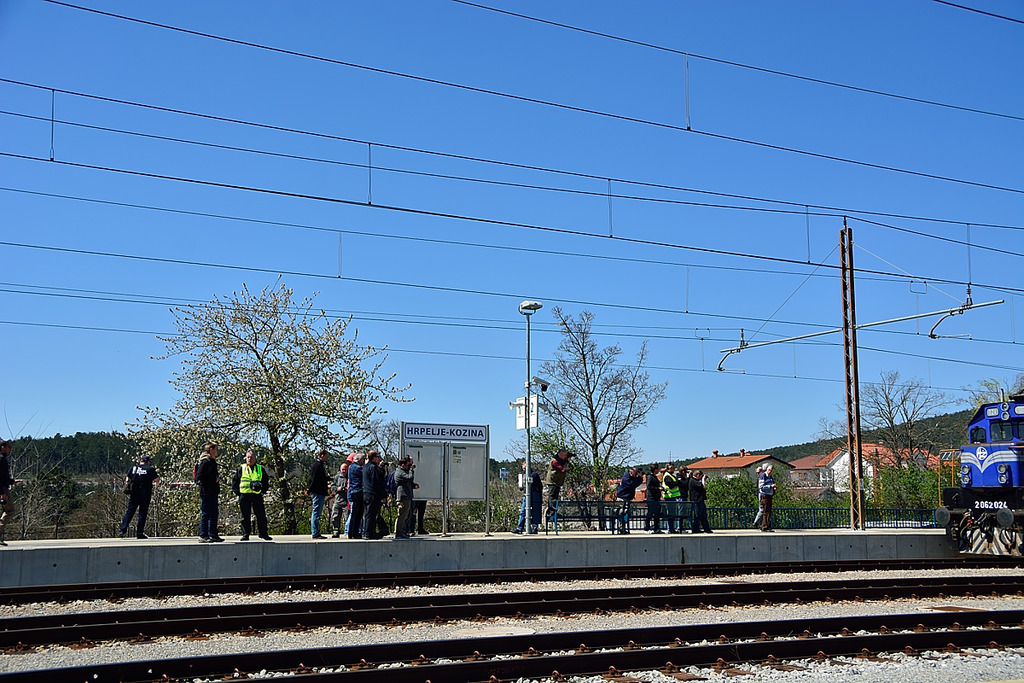 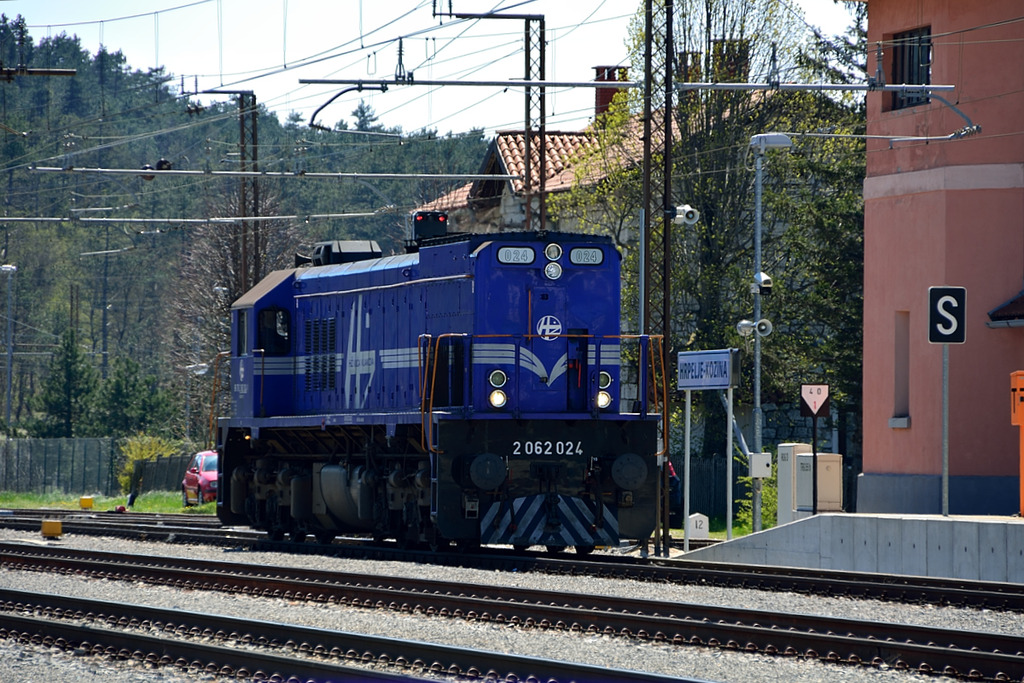 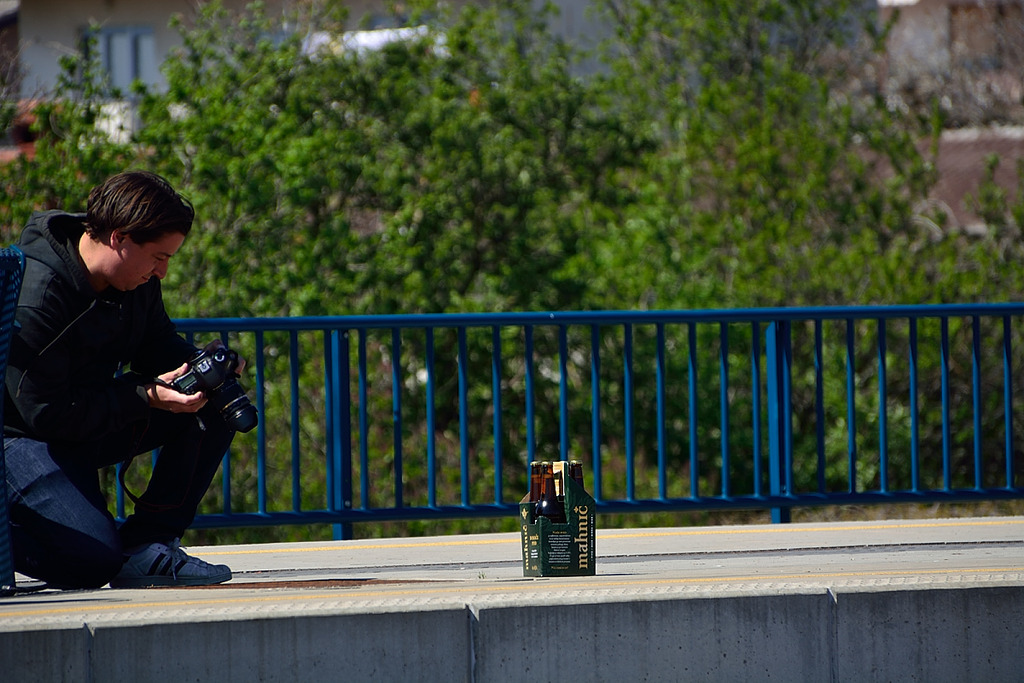 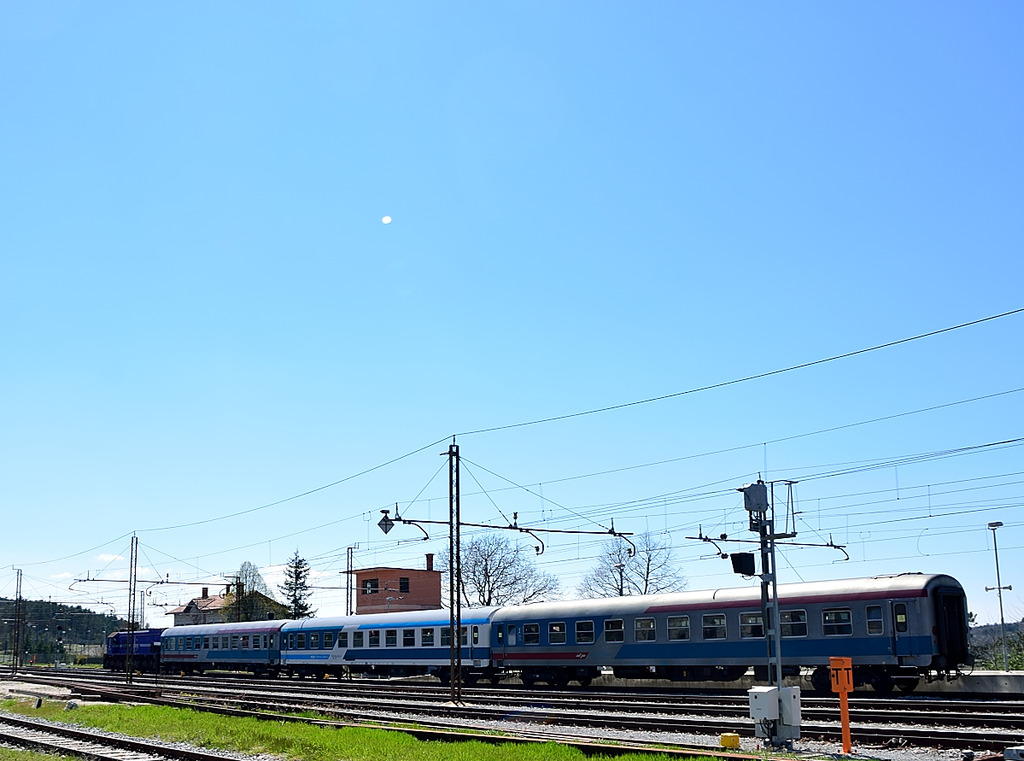 Slovenia and Croatia – by Private Train
29 April to 3 May

Another classic short PTG tour starting from Ljubljana with the ever popular charter train hauled by green GM diesel locos. Special permission is being sought to take a class a Sž 664 diesel to Rijeka and Pula. This exciting three day tour has been built around this unusual opportunity and the UK’s early May bank holiday weekend.
Tour Manager: Phil Wormald

Friday 29 April 2016  Direct flight departures from Stansted and Luton and indirect from other UK airports. Arrival into Ljubljana. Ljubljana may be a fairly undiscovered European tourist destination, but there is plenty to see and do. Some people even liken it to Praha due to its beautiful architecture, the legacy of different periods in history but most notably the famous 20th century architect Jože Plečnik whose work is most obvious by the river Ljubljanica where you can find one his most famous creations, the Triple Bridge. Try a cruise on a riverboat to see it from a unique perspective. The symbol of Ljubljana is the dragon, which dominates the iconic Dragon Bridge, and the city’s most prominent attraction Ljubljana Castle whose outlook tower offers some of the most beautiful views of the city. If the cities museums, with items from Roman Emona fail to attract you then consider the botanical garden dating from 1810 or the centrally located Tivoli Park.
For railway enthusiasts the railway museum is an essential visit, and is within easy walking distance of the main railway station. Laid out in two parts, there is an indoor collection of steam engines and other vehicles with a fine museum of railway paraphernalia alongside including a replica of a stationmaster’s office at a small railway station in the final years of the Austria-Hungary monarchy, equipped with everything needed for traffic management and ticket sales.

Saturday 30th April (B) The tour starts in the Slovenian capital of Ljubljana and we take the tortuous line through Borovnica where the horrendous ice storm in February 2014 caused a vast amount of damage over sixty kilometres of track. For months trains had to be diesel hauled up this steep hill, initially all the way to Sežana, and slowly as new wires and masts were erected the diesel section became shorter and shorter, but it took no fewer that eighteen months to restore the line to full electric operation again.
We soon pass the lovely town of Postojna, home of the wonderful caves which runs its own loco hauled narrow gauge railway, well worth a visit if you have time. On arrival at the junction station of Pivka we head south to enter Croatia at Šapjane. Our first port of call is the city of Rijeka where we climb up the hill to Škrljevo and reverse to take the freight only line to Bakar where iron ore ships come into port and take weeks to unload their cargo! The winding climb out of Bakar back to the mainline is an experience not to be missed and again we will reverse at Škrljevo. At Sušak – Pećine we descend to the docks line to Brajdica (which is reached by a spiral tunnel). We then return as on the outward route to Pivka and set off for Pula. The train leaves the line to Sežana at Divača and passes through Hrpelje-Kozina (junction for Koper) to enter Croatia for the second time in one day!
We leave Slovenia via the Rakitovec border crossing and straight away go into breathtaking scenery as we continue to Buzet for Croatian customs, only one local train and summer only Ljubljana – Pula train pair use this crossing. In Pula we will attempt to continue past the station to the location known as Pula Obale. This had a short period some years ago when some trains terminated and started here because it is a bit closer to the town centre. Pula is a seafront city on the tip of Croatia’s Istrian Peninsula, is known for its protected harbour, long, beach lined coast and Roman ruins. Founded as early as the 10th century BC and valued for its strategic location, Pula has been occupied, destroyed and rebuilt numerous times, including by the Romans, Ostrogoths and Venetians, as well as the Allied Forces.
We will spend the night in this ancient port on the Adriatic and it should be possible to walk to the Roman Amphitheatre which is often illuminated at night. It overlooks the harbour northeast of the old town. Built entirely from local limestone, the amphitheatre, known locally as the Arena, was designed to host gladiatorial contests, with seating for up to 20,000 spectators. On the top of the walls is a gutter that collected rainwater. You can still see the slabs used to secure the fabric canopy, which protected spectators from the sun. In the chambers downstairs is a small museum with a display of ancient olive-oil equipment. Pula Film Festival is held here every summer, as are pop and classical concerts.
Check out the weekly Spectacvla Antiqva, an evening summer event that recreates gladiator fights, workshops featuring ancient Roman clothing and hairstyles and tasting of Roman food and drinks. It costs 70KN for adults, 30KN children.

Sunday 1st May (B) On day two we return to Slovenia and from Hrpelje-Kozina take the line to Koper, which features a horseshoe shaped descent to the coastal plain with many tunnels. Our destination is not the passenger station, but the freight line to Koper Luka – the important docks line which generates huge amounts of traffic. On our return we have another awesome ascent back up via the horseshoe curve to Hrpelje-Kozina where we continue to take the Divača avoiding line and head for the Slovenian border station of Sežana. We reverse here and then travel north via Branik to Prvačina where we reverse to traverse the now freight only line to Ajdovščina.
We then return to Prvačina and continue to Nova Gorica and as we leave town we cross the delightful stone “Solkan bridge” and head north on the Bohinj line, in most people’s view the most scenic in Slovenia and one of the best in Europe, just look at the clear blue water in the river. The scenery gets better as we go north and we reach Most na Soči. This is southern terminus of the famous Autovlak from Bohinjska Bistrica which conveys vehicles through the 6339 metre Wocheiner tunnel. As we head further north we pass Podbrdo and arrive at Bohinjska Bistrica where we will stay the night in this beautiful small town.

Monday 2nd May (B) This morning there are no excuses to repeat the journey on the Avtovlak for the stunning journey back to Most na Soči again. It’s then back north a third time through this amazing scenery and from Bohinjska Bistrica we continue past the jewel of the crown as we go very close to Lake Bled on our right hand side at Bled Jezero station.
At Jesenice we will continue for 3km onto the old line to Tarvisio Boscoverde as far as Hrušica. This former station was used for specials to the ski-jumping world championship in March 2015, so very rare track! On the last leg of the journey now, but one more highlight yet to come being the freight branch from Kranj to Naklo and back to Ljubljana and the end of a great short holiday.

Tuesday 3 May 2016 (B) Return flights to UK, some maybe time to look some more around Ljubljana.

All is now ready for PTG 664 tour to Croatia, all permissions are done and ready to go 664.116 with "Maximum Power". Our timetable, take photos please: