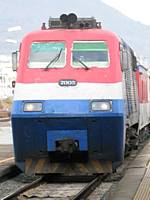 Breaking news je napisao/la:Malaysia Airlines says it has lost contact with a flight carrying 239 people from Kuala Lumpur to Beijing.

An Malaysia Airlines Boeing 777-200, registration 9M-MRO performing flight MH-370 from Kuala Lumpur (Malaysia) to Beijing (China) with 227 passengers and 12 crew, was enroute at FL350 over the Gulf of Thailand in contact with Subang Center (Malaysia) when radar and radio contact was reported lost with the aircraft at around 02:40L (18:40Z Mar 7th). The aircraft would have run out of fuel by now, there have been no reports of the aircraft turning up on any airport in the region.

The airline confirmed the aircraft is missing, a search and rescue operation has been initiated. Subang Air Traffic Control reported at 02:40 local Malaysian time, that radar and radio contact with the aircraft had been lost.

In a press conference the airline stated, the last contact with the aircraft had been about 160nm northeast of Kota Bharu (Malaysia), over the Gulf of Thailand. The aircraft was piloted by an experienced captain (53, 18,365 hours total) and a first officer (27, 2,763 hours total). The aircraft carried 153 Chinese citizens, 38 Malaysians, 12 Indonesians, 7 Australians, 3 French, 4 citizens of USA, 2 New Zealanders, 2 Ukrainians, 2 Canadians, 1 Russian, 1 Italian, 1 Taiwanese, 1 Dutch and 1 Austrian.

Search missions have been launched along the estimated flight track of the aircraft from Gulf of Thailand, Vietnam, Cambodia, Laos to China (South China Sea).

At about noon local time Vietnamese search personnel reported they have detected an ELT signal about 20nm south of the coast of Ca Mau. Vietnam officials subsequently stated that they have not yet detected flight MH-370.

China reported that the aircraft did not enter Chinese airspace (editorial note: which effectively discounts rumours and false reports by a Malaysian outlet of the aircraft having landed in Nanning (China)).

Nanning Airport stated the aircraft did not arrive at the airport.

Aviation sources in China report that radar data suggest a steep and sudden descent of the aircraft, during which the track of the aircraft changed from 024 degrees to 333 degrees. The aircraft was estimated to contact Ho Chi Minh Control Center (Vietnam) at 01:20L, but contact was never established. 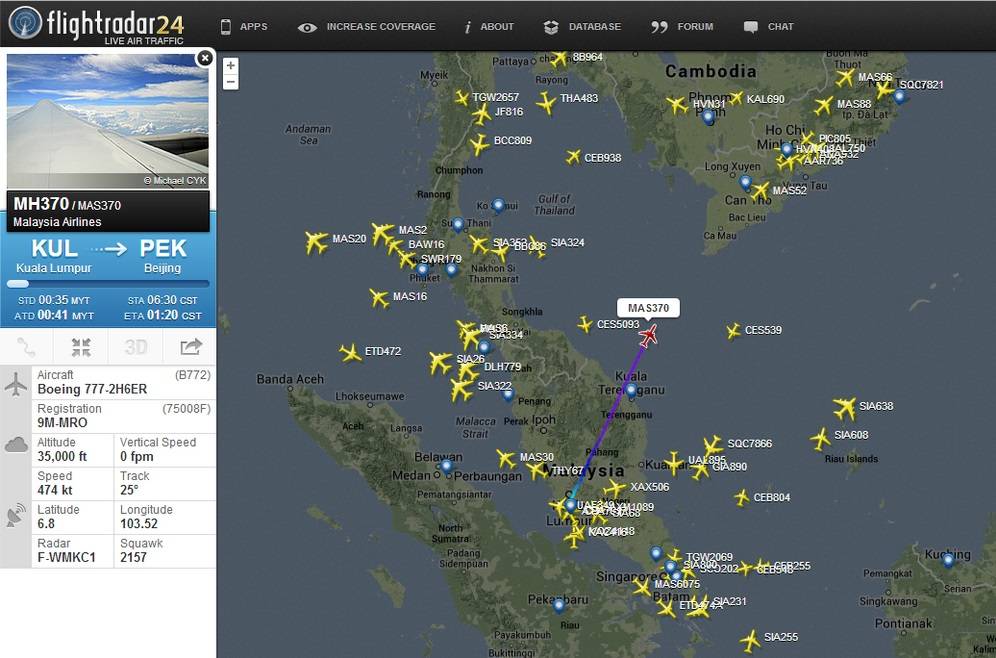